This started as a friendly competition originally with no formal records being kept until the first formal season, the 1990/91 season when the Nene Valley League was formed.

The first season started with one division consisting of 13 teams with Northampton side Spinney Lions taking the title, one point ahead of second-placed Walgrave Royal Oak.

After seven successful seasons, the Nene Valley League was reconstituted into the Northants Sunday Conference in 1997 and was sponsored by Premium Search. The league was also known as the Premium Search Conference.

At the start of the 2003/04 season, a decision was taken to drop the Premium Search title after the sponsorship deal had ended and to keep the officially named Northants Sunday Conference.

During the summer of 2016, the Northants Sunday Conference committee took the decision to change the name of the league to the Nene Sunday League, a nod to the Leagues original name and also to reflect the growing reach of the League, along the Nene Valley.

With the new name of the Nene Sunday League, we hope to encourage new ideas, take on fresh challenges and Lead The Way in Sunday Football

As we look towards the 2021/22 Season the League has gone from strength to strength, boasting over 100 teams and we are now the biggest adult league in Northamptonshire. In the past 12 months we acheived FA Accredited League Status and with back to back NFA Grassroots League of the Year Awards as recognition for the work we do we are proud of what we have acheived so far 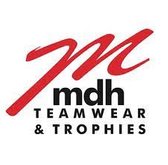